When was mermaid caught in Nigeria?
View File 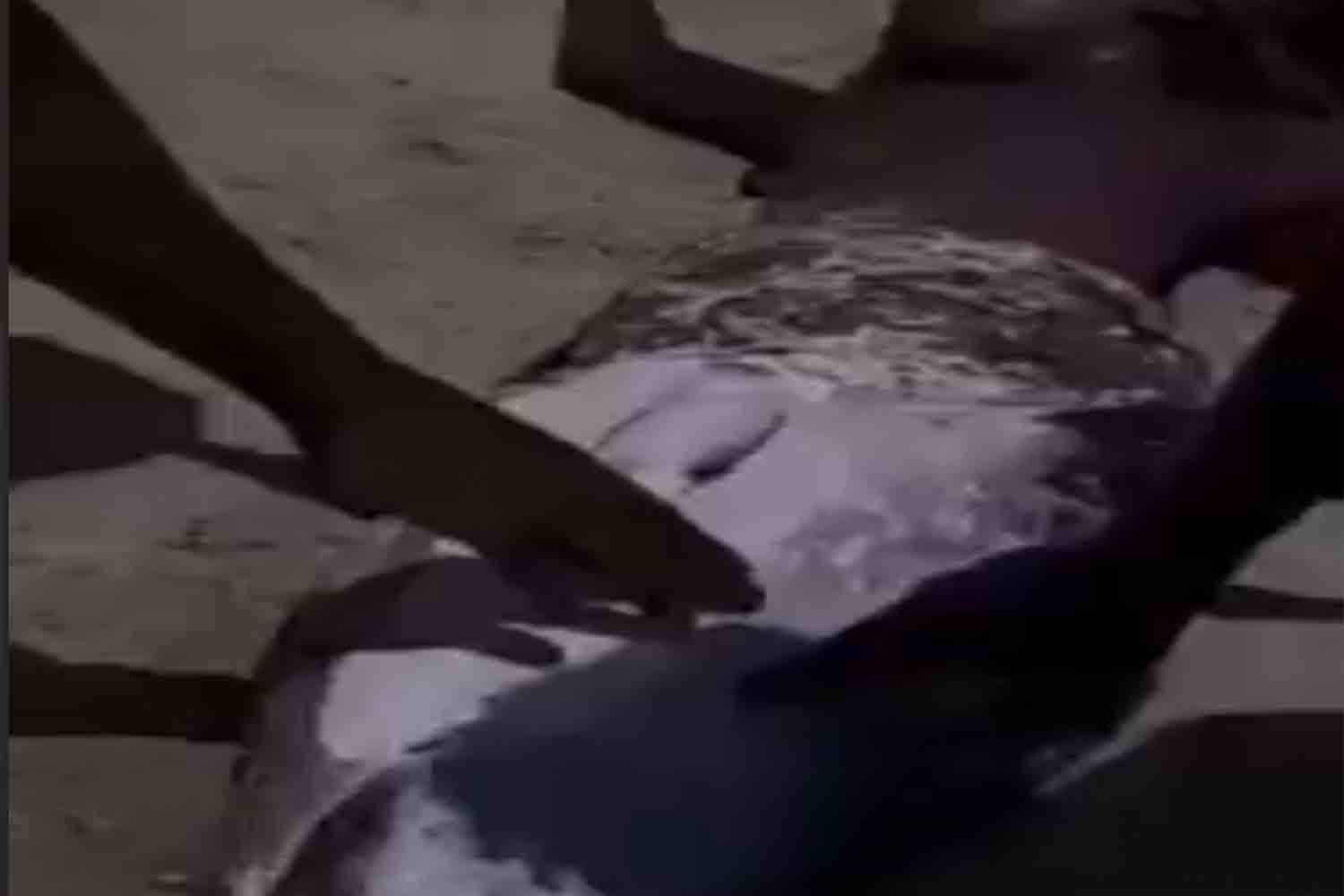 In the three-minute video which showed an embedded video of a purported black mermaid, a middle-aged man who identified himself as David said many people didn’t believe that mermaids existed or believed they were white and not black.

He also claimed, among others, that the journey to catch the mermaid was not an easy one as it had been disturbing residents of the area for a long time.

Comments on the post showed that some viewers actually believed the video contains mermaid. Many viewers “thanked God” for subduing the “spirit” while others urged that it should be released before those in the “mermaid kingdom” came to look for the missing mermaid.

“This na another problem them won invite join the wahala dey Nigeria. Abeg make them return her in peace and apologize because they will be looking for her now. Na pesi pikin,” one comment read.

“O nature se mermaid is real, I only watch it in films, this is so scary o…so na Mami water na we de eat no bi fish…this must be the spirit of water I think… God is great hmmm, wonderful God,” another viewer stated.

A search by Daily Trust revealed that a Kenyan television station had tweeted about the video, saying “Reports indicating that a mermaid has been spotted in Kwale are fake, police say.” Kwale is located in Kenya.

A further check on the video showed that the earliest version was posted on TikTok on April 6, 2022 on TikTok and captioned, “Real Mermaid Caught in Muizenberg South Africa.”

Checks by our correspondent revealed that video was doctored. It is a digitally altered composite featuring genuine footage of a dying fish and digitally added images of what appears to be a doll.

A close examination of the footage showed that sand loses texture as the arms of the purported mermaid moved across the beach. At one point, the fingers even disappeared, indicating that the “mermaid’s body” was digitally inserted into this footage.

In folklore, a mermaid is an aquatic creature with the head and upper body of a female human and the tail of a fish. Mermaids appear in the folklore of many cultures worldwide, including Europe, Asia and Africa. Mermaids are sometimes associated with perilous events such as floods, storms, shipwrecks, and drowning. In other folk traditions (or sometimes within the same traditions), they can be benevolent or beneficent, bestowing boons or falling in love with humans.

The male equivalent of the mermaid is the merman, also a familiar figure in folklore and heraldry. Although traditions about and sighting of mermen are less common than those of mermaids, they are generally assumed to co-exist with their female counterparts. The male and the female collectively are sometimes referred to as “merfolk or merpeople.”

In 2012, the television channel Animal Planet aired a show claiming to establish that mermaids are real. The programme was filmed to appear to be a documentary, complete with interviews with “scientists” (paid actors) and phone-camera footage. Though the show carried a very brief disclaimer that it was a work of fiction, many viewers took it as a proof of mermaids’ existence.

A month after the programme aired, the National Oceanic and Atmospheric Administration posted a statement on its website denouncing the supposed existence of the half-human, half-fish beings. “No evidence of aquatic humanoids has ever been found,” the post read.

CONCLUSION: The video did not originate from Nigeria as claimed and did not show a mermaid. There is no compelling evidence that mermaids (popularly called Mami Water) are real. Their existence still remains a myth.